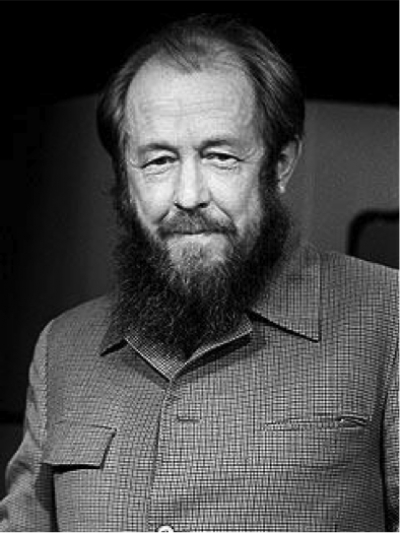 (December 11, 1918 â€“ August 3, 2008) Russian novelist, historian, and tireless critic of Communist totalitarianism. He was awarded the Nobel Prize in Literature in 1970. He was expelled from the Soviet Union in 1974 but returned to Russia in 1994 after the dissolution of the Soviet Union.

Of course God is endlessly multi-dimensional so every religion that exists on earth represents some face, some side of God.

A man is happy so long as he chooses to be happy and nothing can stop him.

Man has set for himself the goal of conquering the world but in the processes loses his soul.

The salvation of mankind lies only in making everything the concern of all.