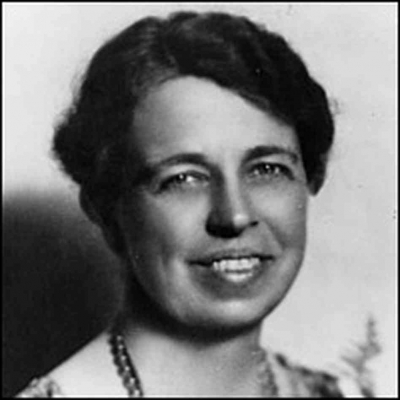 (October 11, 1884 â€” November 7, 1962) Longest-serving First Lady of the United States, holding the post from 1933 to 1945 during her husband President Franklin D. Rooseveltâ€™s four terms in office. She served as the first chair of the UN Commission on Human Rights, and oversaw the drafting of the Universal Declaration of Human Rights. Later she chaired the John F. Kennedy administrationâ€™s Presidential Commission on the Status of Women.

At all times, day by day, we have to continue fighting for freedom of religion, freedom of speech, and freedom from want â€” for these are things that must be gained in peace as well as in war.